Shane Oliver Updates: The falls in share markets this year – the bad news and the good 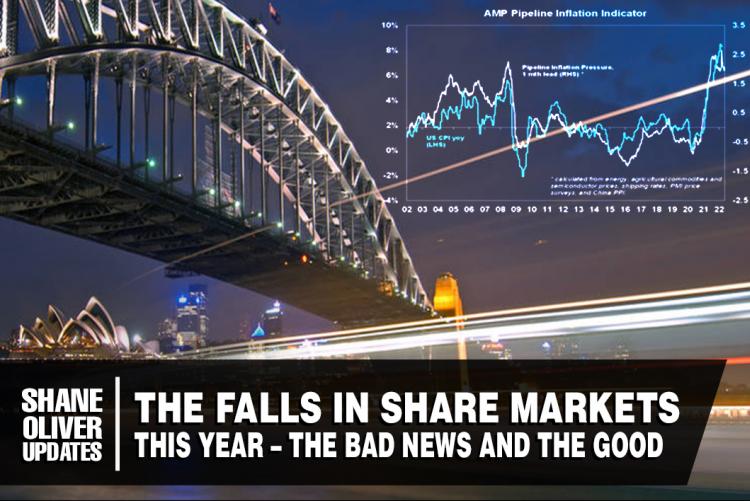 Last year saw very strong investment returns and was relatively calm in investment markets. While there was a lot to worry about, the biggest drawdown in US shares was 5% and in Australian shares it was 6%. This always seemed unlikely to be repeated and it certainly hasn’t been so far in 2022! While they have had a good bounce from last week’s lows, from their cyclical highs US shares have had a fall of 18% to their recent low, global shares have had a fall of 17% and Australian shares have had a fall of 9%. This has been led by tech stocks with Nasdaq having had a plunge of 29%. Mid-term election years in the US are known for below average returns and a rough ride with an average top to bottom drawdown of 17% and this has already been surpassed. 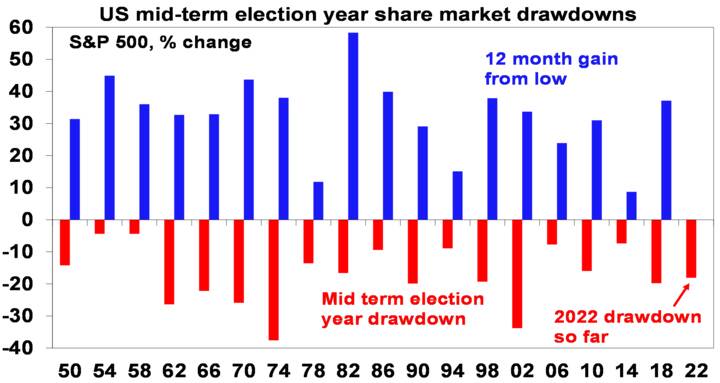 At the same time government bonds are having worse losses than in the bond crash of 1994 (don’t forget that when bond yields rise their capital value goes down) and crypto currencies have also been hit hard with 50% plus falls in prices.

So where are we?

The plunge in share markets reflects a combination of factors. 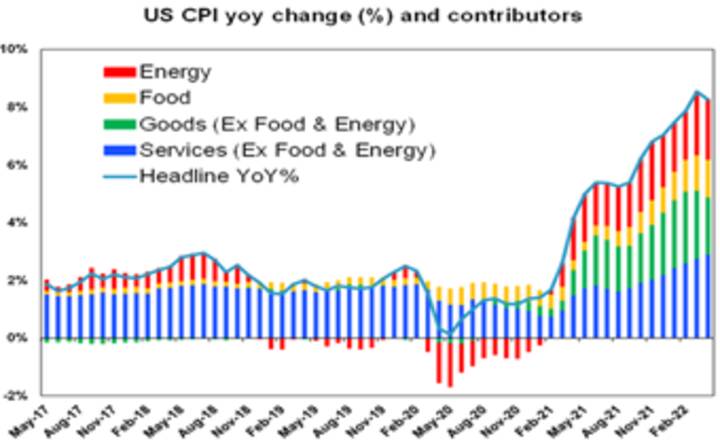 After plunging into last week, shares could have a further near-term bounce. But risks around inflation, monetary tightening, the war in Ukraine and Chinese growth remain high and still point to more downside in share markets. While investor pessimism is extreme (positive from a contrarian perspective), we have not yet seen levels for indicators like VIX or the ratio of Put options to Call options seen at major market bottoms.

It’s not all doom and gloom

However, there is some light at the end of the tunnel. 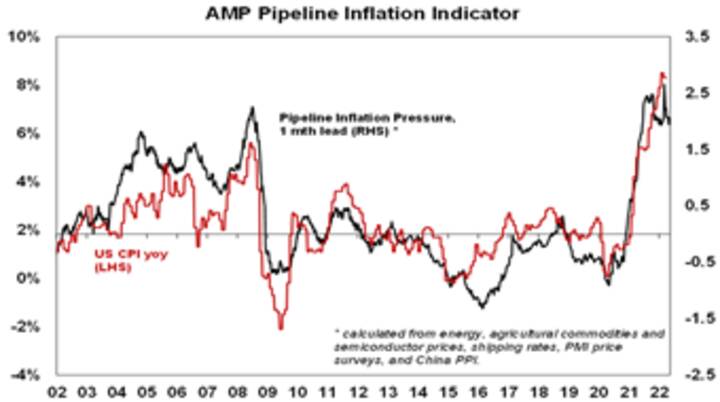 So while shares could still see more falls in the short-term we remain of the view that a deep (or grizzly) bear market will be avoided as US and Australian recession should be avoided over the next 18 months, which should enable share markets to be up on a 12 month horizon.

Now that easy money is being reversed crypto currencies are suffering along with tech stocks. The risks were highlighted in the past week with the collapse of TerraUSD, an algorithmic stablecoin meant to stay at $US1, with a flow on to demand for other cryptos, including Bitcoin. Notwithstanding short-term bounces, further downside is a risk if falls feed on themselves and the speculative mania in crypto unwinds, leading to yet another 80% top to bottom fall. And to the extent crypto currencies depend on bringing in more investors to keep moving forward, a collapse now could have a more lasting impact on interest in it than in the past when it was less “mainstream.” Particularly given that Bitcoin has so far offered little hedge against inflation over the last year. For the broader financial system and economy, a crypto crash poses a risk but it’s unlikely to be another sub-prime/2008 US housing crisis. Banking system exposure to crypto is limited and the exposure of the wider public is still small (unlike it was to US housing).

What about Australian shares?

Australian shares are vulnerable to further falls in the short-term along with global shares. However, as noted earlier they have been relative outperformers through the decline in share markets so far and this is also evident year to date where global shares are down 13% and Australian shares are down 4%. This reflects their exposure to strong commodity prices and low exposure to tech stocks. While Chinese Covid lockdowns may weigh in the short-term, Australian shares are likely to continue to outperform over the medium-term as the commodity super cycle continues – on the back of constrained supply reflecting low levels of resource investment, decarbonisation and geopolitical tensions - and as higher bond yields compared to the pre-covid era weigh on tech stocks.

Key things for investors to bear in mind

Sharp share market falls are stressful for investors as no one likes to see their investments fall in value. But at times like these key things for investors to bear in mind are that: share market pullbacks are healthy and normal; in the absence of a recession share market falls may be limited; it’s very hard to time market moves and selling shares after a fall locks in a loss; share pullbacks provide opportunities for investors to buy them more cheaply; Australian shares still offer an attractive income flow relative to bank deposits; and finally, to avoid getting thrown off a long-term investment strategy it’s best to turn down the noise around all the negative news flow. 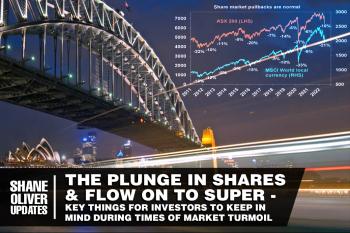 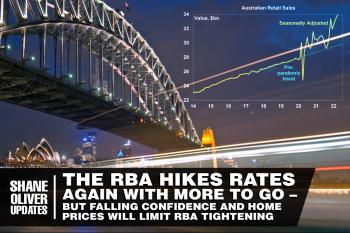 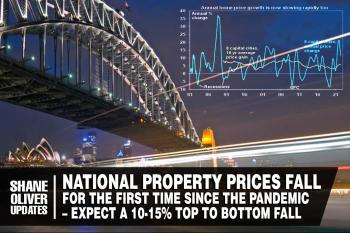 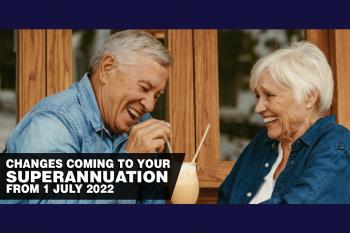 Changes coming to your...

For many, the concept of superannuation can be drier than...

END_OF_DOCUMENT_TOKEN_TO_BE_REPLACED
Home Shane Oliver Updates: The falls in share markets this year – the bad news and the good