Shane Oliver Updates: The increasing economic threat from Coronavirus - what to watch for and what should investors do 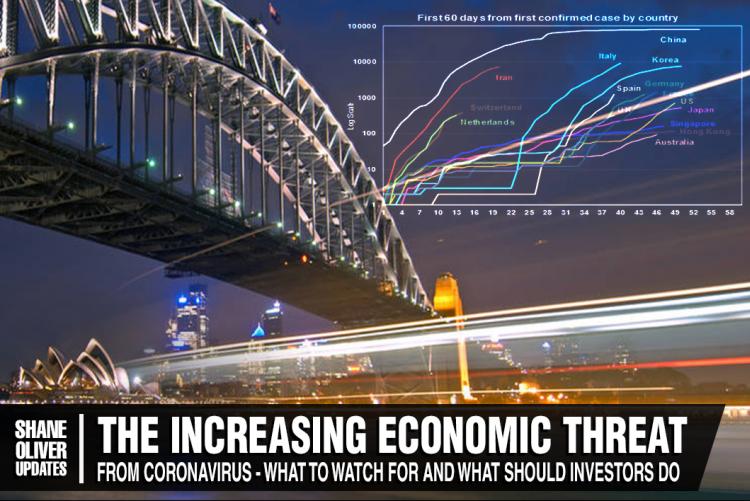 Coronavirus continues to rattle investment markets as the number of new cases outside China continues to rise posing increasing uncertainty over the impact on economic activity. And its impact has intensified following the collapse of OPEC discipline causing a further plunge in oil prices raising concerns about debt servicing for oil producers. From their highs global shares and Australian shares have had a fall of around 20%. 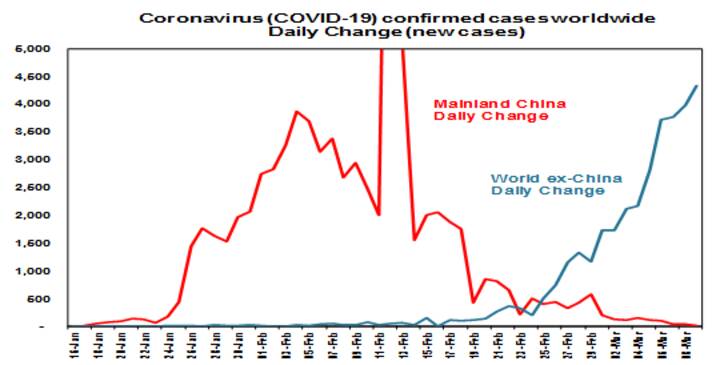 Given the extreme uncertainty this note looks at various scenarios in relation to global and Australian economic growth and what signposts to look at in relation to how it may unfold.

Much ado about nothing or a major global catastrophe

It seems there are two extreme views on coronavirus. Some see it as just a bad flu and can’t see what the fuss is all about. Others think that it will trigger a major humanitarian and economic catastrophe killing millions and triggering a major global recession as excessive leverage is finally exposed. The optimist in me wants to lean to the former: 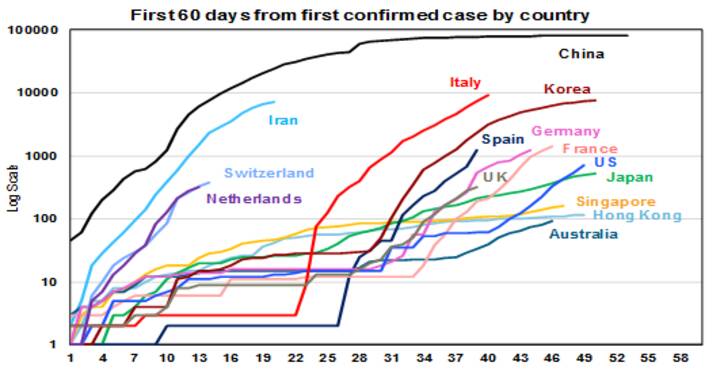 But I also must concede I just don’t know. There is much that is unknown about the virus itself and how long it will continue to spread. And even if there is a switch to just treating the very sick it’s unclear there will be enough hospital beds. And there is also the human or behavioural overlay which is intensifying the economic impact. Just look at the toilet paper frenzy to see that this can have a real economic effect even before the virus has really taken hold in Australia. While there may be a boom in demand for hand sanitisers, toilet paper and long-life food, this will be a temporary boost as the spread of the virus globally and the disruption that containment measures are causing is continuing to increase the risk of a longer and deeper hit to economic activity. And there is a risk of secondary effects as the short-term disruption risks leading to business failures and households defaulting on their debts if they can’t keep up their payments and so causing a deeper impact on economic activity. The secondary effects of the coronavirus outbreak and its flow on is highlighted by the 45% collapse in oil prices since mid-January. Ultimately lower petrol prices will be a good thing as this will boost consumer spending when the virus goes away but for now all the focus is on the downside of lower oil prices – debt problems and less business investment by producers.

Base case versus global recession and beyond

Given all these uncertainties it’s still too early to say that shares, commodity prices and bond yields have bottomed. The following charts present three scenarios for the global economy:

Note: the scenarios show quarterly annualised growth. The key is to focus on the pattern of growth rather than the precise level. 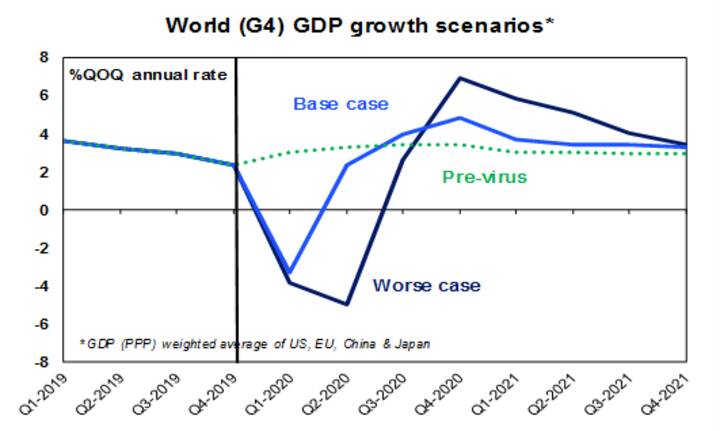 The next chart shows three scenarios for Australian growth: 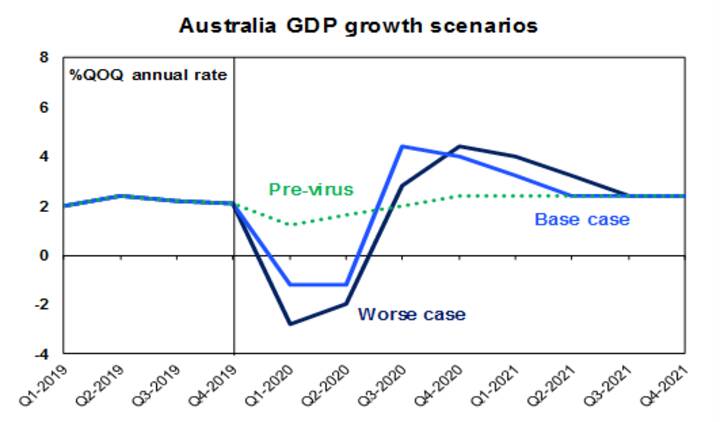 Last week we moved to forecasting a recession for the Australian economy in our weekly report. We were already expecting a negative March quarter on the back of the bushfires and the hit to tourism, education exports and commodity exports from the slump in China. But the spread of coronavirus globally and in Australia has made it likely that we will also see a contraction in the June quarter too. As with the global outlook this should really be “a disruption” that will pass once the virus runs its course - hopefully at least as the Northern Hemisphere heads toward summer. The worse case scenarios would likely see a deeper decline in shares and bond yields.

Shares will bottom when there is confidence that the worst is over in terms of the economic impact from the virus and its largely factored in. So, the debate is largely now about how big the hit to growth will be and this relates to how long the virus will weigh on global growth and any secondary effects it may cause. In this regard the key things to watch are as follows: 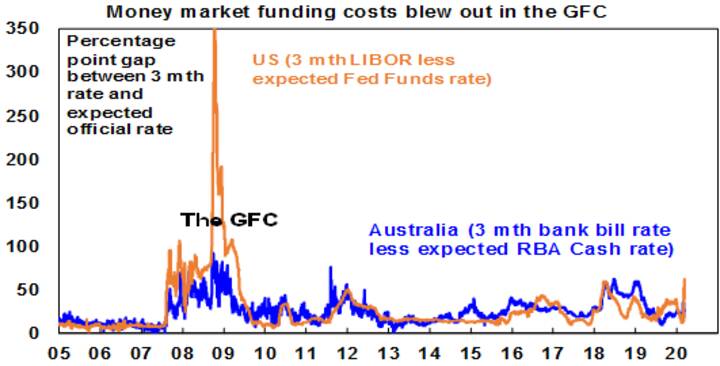 What does it all mean for investors?

The rapidity of the fall in share market has been scary. In our view the key things for investors to bear in mind are as follows:

END_OF_DOCUMENT_TOKEN_TO_BE_REPLACED
Home Shane Oliver Updates: The increasing economic threat from Coronavirus - what to watch for and what should investors do