Shane Oliver Updates: Seven reasons why the trend in shares will likely remain up, albeit with bumps along the way 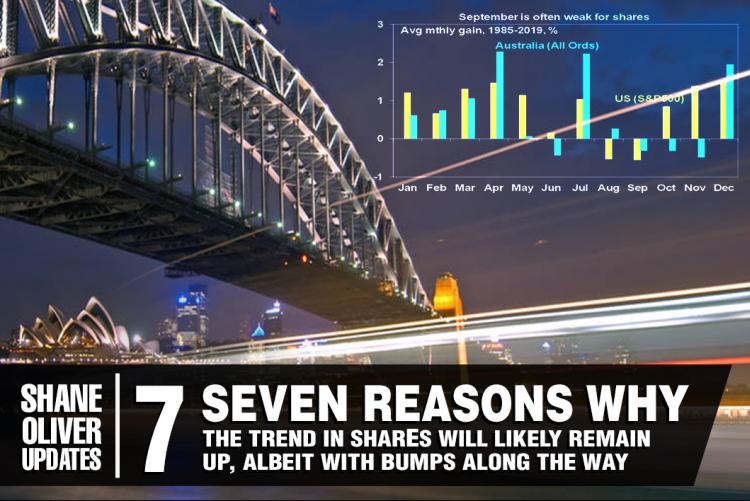 A common concern remains that the rebound is irrational. How can shares be so strong when June quarter GDP collapsed - by an average of -10% in developed countries and an estimated -7% in Australia - and coronavirus continues to reap havoc?

But as the investor Sir John Templeton once said: “bull markets are born on pessimism, grow on scepticism, mature on optimism and die of euphoria” and we have certainly seen the run up since March occur against the backdrop of a lot of pessimism. The plunge in shares into March led the coronavirus hit on the way down and surprised many at the severity of the fall and now it’s led on the way up despite lots of worries. It’s also worth noting that shares have spent much of the period since early June rangebound (and apart from the US share market, many still are) and this has helped correct the excessive speed of the run up into June that left shares technically overbought & due for a consolidation or correction.

Several negatives continue to hang over shares and are often cited as the main reason to expect sharp falls ahead. 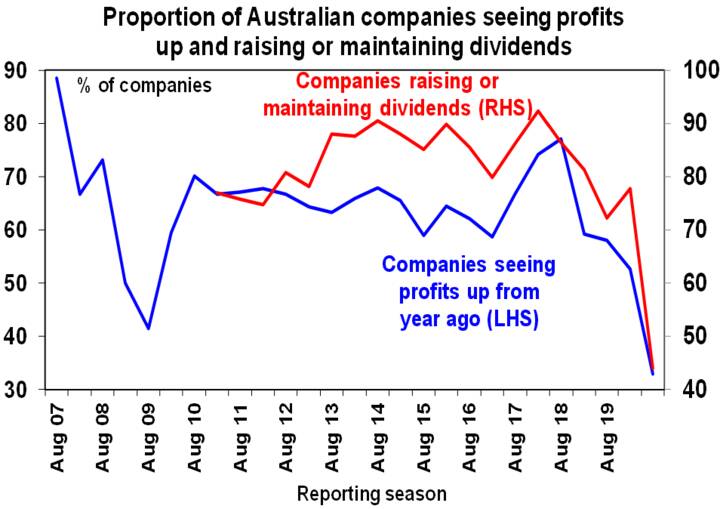 However, there are a bunch of positives providing an offset. 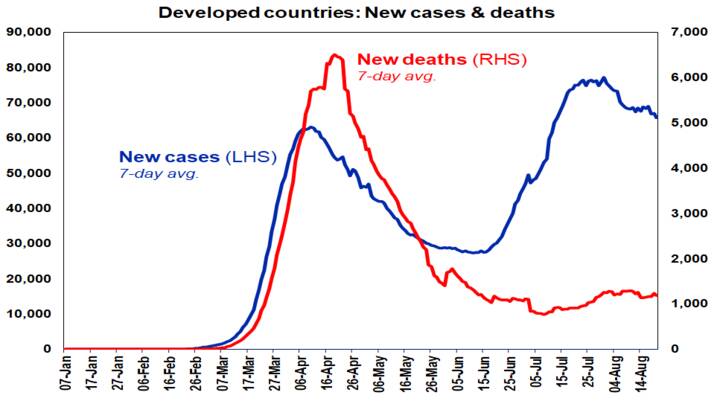 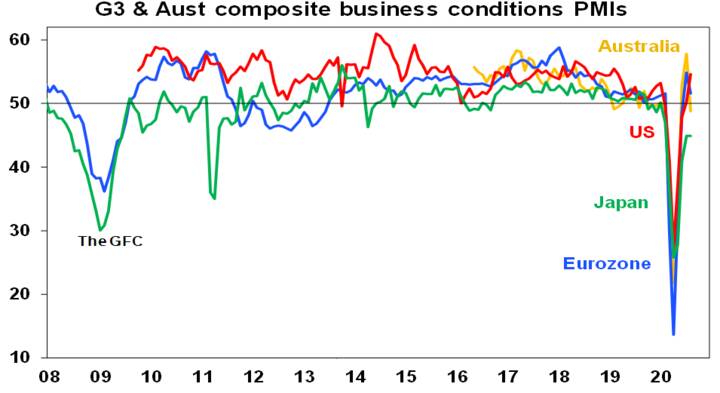 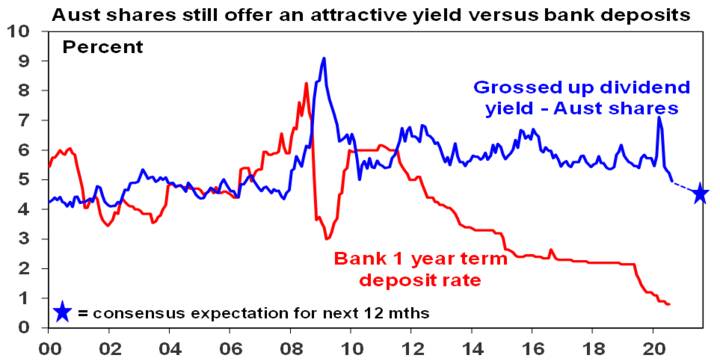 On balance the positives dominate in our view. Shares remain vulnerable to short-term setbacks given uncertainties around coronavirus, the speed of economic recovery, the US election and US/China tensions. But the positives should keep any pull back to being a correction and on a 6 to 12-month view shares are expected to see reasonable returns.

But will the US share market continue to outperform?

As evident in the first table, US shares have outperformed since the March low. They have also outperformed year to date with US shares up 5.2%, but Eurozone shares down 13%, Japanese shares down 3.1% & Australian shares down 8.5%. The strong outperformance by the US share market reflects its relatively low exposure to cyclical sectors (like manufacturing, materials & financials) that were hit hard by coronavirus and a greater exposure to growth sectors like IT and health that benefit from coronavirus and very low interest rates. As the global economy gradually recovers and interest rates bottom, this will benefit cyclical sectors relative to IT and health which have become expensive and this will likely see US shares underperform relative to non-US shares, including Australian shares.

In terms of the US election, a Trump victory would likely benefit US shares (tax hikes averted) but a Biden victory would benefit non-US shares (more harmonious foreign and trade relations).

END_OF_DOCUMENT_TOKEN_TO_BE_REPLACED
Home Shane Oliver Updates: Seven reasons why the trend in shares will likely remain up, albeit with bumps along the way