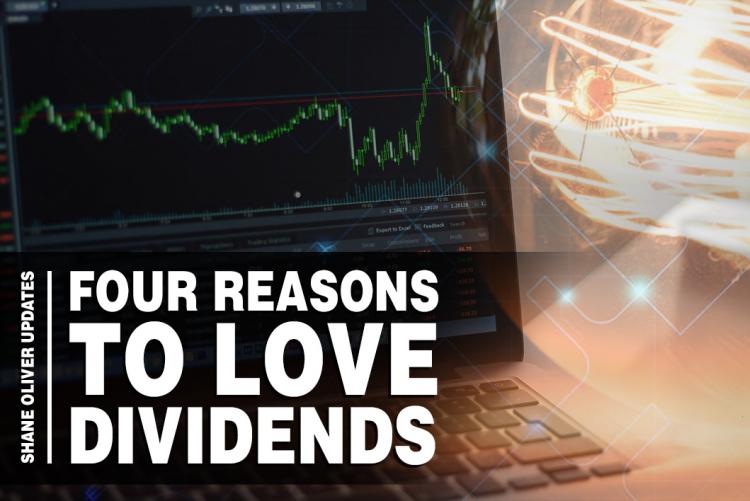 The Australian dividend imputation system has come in for a bit of criticism lately but on the whole, I think it’s a good thing.


Australian companies do, of course, pay out more of their earnings as dividends than overseas companies. That’s great for Australian shareholders, but some are arguing it’s drag on the growth potential of the Australian economy; they say companies are paying out dividends rather than paying workers and investing in capital expenditure for the future.

In line with history


I want to scotch that argument upfront. If you look at history, the dividend payout ratio now isn’t that out of whack with the historical average.


Dividend payments have risen a little recently because, unlike in the past, resources companies are now paying pretty decent dividends. It’s very hard to argue they should be investing more in capital expenditure for the simple reason they have just had a capital expenditure boom.


And I don’t see any evidence that dividends are slowing down the rate of business investment in Australia.


Businesses aren’t investing as much as we’d like because they are still cautious following the global financial crisis and following the surge in the Australian dollar which made many of them uncompetitive a few years ago.

Not only is the criticism of dividends off the mark, but there are many reasons to like dividends.

Firstly, if you look at history, companies that pay out decent dividends tend to generate more profits and have higher returns.


Why is that? Because they’re not wasting the money. Often when companies retain their earnings, or too much of their earnings, they waste it on projects that are nothing more than glorifying the CEO. Hubris takes over. So it’s better to pay out those dividends.

Secondly, I like the saying, “a bird in the hand is worth two in the bush”.


Historically, roughly half the returns from Australian shares come from dividends. I like that because it’s like a down payment on your total return: you’re not relying on capital gains as much because you have already got a ‘bird in the hand’ from dividends.

Thirdly, the fact that companies are paying decent dividends gives me a bit of confidence that their earnings are real, and that the company has confidence in the future.

Finally, and this is very important for Australian-based investors, dividends provide a good source of income.


The dividend yield on the Aussie share market is around 4.5 per cent. With franking credits added in that pushes up to around 5.5 to six per cent.

Given these benefits, it’s very important we don’t mess with our dividend imputation system because it helps reinforce the payment of dividends in Australia.

So, the bottom line is, I think dividends are great. Indeed, one of the things that always excites me about the Australian share market is the decent amount of dividends that are paid by Australian companies.


The caveat is to have a well-diversified portfolio of shares. Don’t just rely on one or two companies because you never know, the company you invest in for the dividend may not pay that dividend indefinitely; they might cut it.


But when you’re thinking about investing, make sure you do focus on dividends because they are very important and they do give confidence about the future; and in Australia, at least, they do provide a pretty good yield.