Shane Oliver Updates: Investing For Income? These Charts Are Useful In The Hunt For Yield.

In the last two years or so, the Australian cash rate has halved, 10-year bond yields have fallen by two thirds and interest rates have resumed falling globally. The hunt for income is a hunt indeed. Ever-lower interest rates and periodic turmoil in investment markets provides an ongoing reminder of the importance of the income (cash) flow or yield an investment provides. Here’s five charts I find useful in understanding investing for income:Read More..

The world of investing can be confusing and scary at times. But fortunately, the basics of investing are timeless and some investors (often the best) have a knack of encapsulating these in a sentence or two that is insightful and easy to understand. In recent years I’ve written several insights highlighting investment quotes I find particularly useful. Here are some more.Read More..

Should Investors Worry About A Trump Trade War With Europe?

After taking a back seat over the last six months as negotiations appeared to make progress the US/China trade war is back on with the President Trump – “tariff man” - ramping up tariffs on Chinese imports again and threatening more and China moving to retaliate. This note takes a simple Q & A approach to the key issues.Read More..

Should Investors Worry About A Trump Trade War With Europe?

We appear to be moving closer to a resolution in the China and US trade war. But should investors now be worried about Trump declaring a trade war against Europe? Read More..

Global share markets fell slightly over the last week on global growth concerns and renewed US/Europe trade war fears. Australian shares rose though playing catch up to the previous week’s rally in global shares with energy, tech and real estate stocks being the main drivers. Bond yields were flat in the US but fell elsewhere. Read More..

Australian companies do, of course, pay out more of their earnings as dividends than overseas companies. That’s great for Australian shareholders, but some are arguing it’s drag on the growth potential of the Australian economy; they say companies are paying out dividends rather than paying workers and investing in capital expenditure for the future.
Read More..

We explore the issue of the wealth effect in this Econosights, particularly as it relates to housing assets and its impact on the Australian economy.Read More..

Econosights - The Wealth Effect And The Impact On Consumer Spending

The 2019-20 Budget had three aims: to cement the Government’s fiscal credentials by delivering the long-awaited return to budget surplus; to provide fiscal stimulus to an ailing economy; and to help get the Government re-elected.

We explore the issue of the wealth effect in this Econosights, particularly as it relates to housing assets and its impact on the Australian economy.Read More..

Shane Oliver Updates: Five Charts And A Table That Might Be ﻿Critical﻿ To Look At With Regards To The Global Economy And Markets This Year

Nobody really knows for definite so this note revisits the five charts we come across as critical by which way it will inevitably go on and adds a table on US financial crisis risks to watch.Read More..

The Australian Economy In 2019 – House Prices, Growth And Interest Rates

2019 is likely to be an interesting year for the Australian economy. Some of the big drags of recent years are receding but housing is turning down, uncertainty is high around the global outlook and it’s an election year, which will add to uncertainty.Read More..

Australian motorists have recently had some relief from higher petrol prices, but we can’t be certain that trend will continue. Read More..

Our view remains that recent turbulence in share markets is a correction or a mild bear market at worst (like 2015-16) rather than the start of a deep bear market like the global financial crisis. This note reviews the key recent worries for shares and why they are unlikely to be terminal. Read More..

With markets a bit more stable this week, and prices having bounced, it’s a good time to take a pause and reflect on where things are at. But to particularly address the main question investors have: is this the start of a bear market or just another correction? And what does that mean for their portfolios?Read More.. 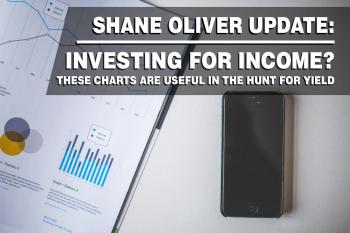 In the last two years or so, the Australian cash rate has... 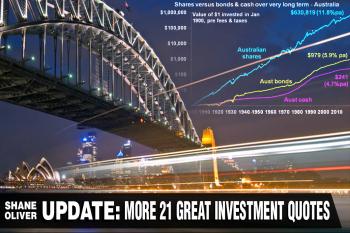 The world of investing can be confusing... 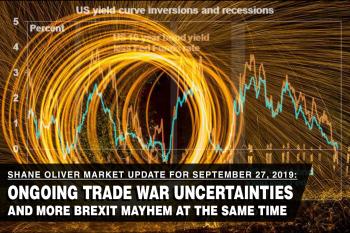 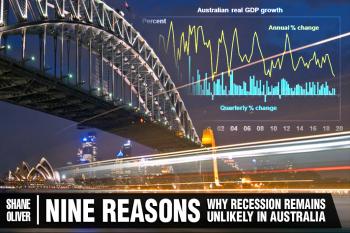