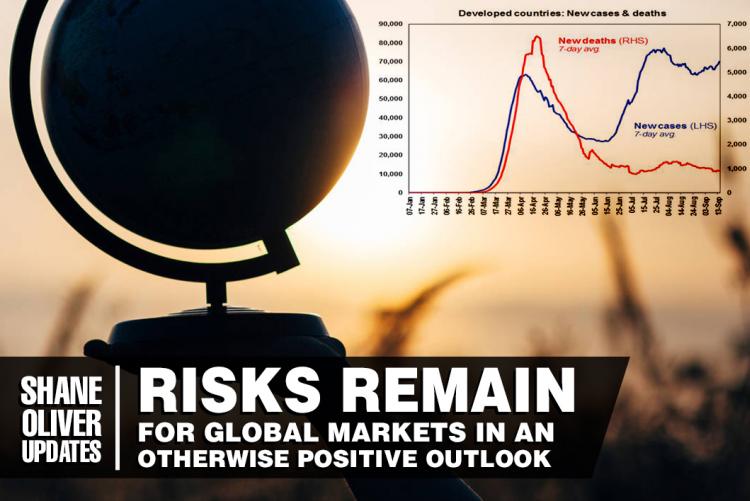 Recent falls in global share markets have triggered talk in some quarters of a potential market crash, but investors should maintain some perspective, given the historical propensity for market corrections and seasonal weakness through the month of September.

The apprehension felt by many in the lead-up to this correction is understandable, given the juxtaposition of record market highs (in the US, at least) with the worst economic downturn since the Great Depression. But this recent pull-back doesn’t necessarily mean that markets will come down into lockstep with broader economic indicators, and the reverse is actually more likely over the medium to long-term. That said, there are still a number of sources of volatility that could affect markets through the remainder of the year and potentially deepen some of the losses we’ve seen already.

1. So far, most of what we’ve seen appears to be a natural correction
The US tech market has boomed through the course of 2020 due in large part to the acceleration of online commerce and services through the pandemic. Towards the end of the rally it was becoming evident that the valuations in the sector had become overheated, and that there was a high likelihood of a correction.

2. Central banks look set to sustain supportive monetary policy settings
This was underlined by the US Federal Reserve’s recent confirmation of policy changes that mean they’ll be less responsive to immediate increases in inflation when determining whether to raise interest rates in the future.

3. The search for a vaccine continues
It might not arrive per Donald Trump’s preferred timeline, and it might not be the silver bullet that some people expect, but there’s a strong chance of an effective vaccine within the next six months. In combination with preventative measures and more effective treatment it will be a key instrument in reopening the parts of the global economy that remain shuttered. The resumption of the Phase 3 trials for the Oxford/AstraZeneca vaccine is positive news in this regard.

4. The major economies are recovering
In fact, most high frequency data shows that the Chinese economy is already operating, for the most part, at around normal levels. Industrial production growth in the Middle Kingdom has risen to 5.6% year on year, retail sales to 0.5% y.o.y., investment to 8.1% y.o.y. and house price growth remains solid.

The good news is that the US economy is also getting back on its feet, with September quarter GDP on track to grow by approximately 8% on the back of a strong run of economic data, almost recouping its 9% decline in the June quarter.

1. The US election looms as a major short-term risk
I’m not talking particularly about the risk of one candidate or another winning the election, although they certainly exist – trade tensions with China for President Trump, for example, and market concerns around tax settings under a Biden Presidency. Most concerning is actually the prospect of an unclear outcome, a possible leadership vacuum at the head of the world’s largest economy and President Trump not accepting the outcome.

2. COVID-19 is making a resurgence in the northern winter
Global COVID-19 cases have trended up again in recent weeks, after plateauing through August, driven by local increases in Europe, India and parts of the US.

The good news is that as time progresses, the case-fatality rate of the virus has been falling, and although daily new cases are actually higher now than in the first wave, daily new deaths are considerably lower. There are a number of explanations for this lower mortality, including better testing (meaning that authorities are identifying a larger number of less-serious infections), better treatment, and better protection of vulnerable people.

The positive takeaway for economic activity is that there should be less imperative for authorities to return to lockdowns at any given rate of infection. That said, surges in Europe remain a concern given the temptation there for governments to repeat drastic measures that they might consider were effective the first time around. 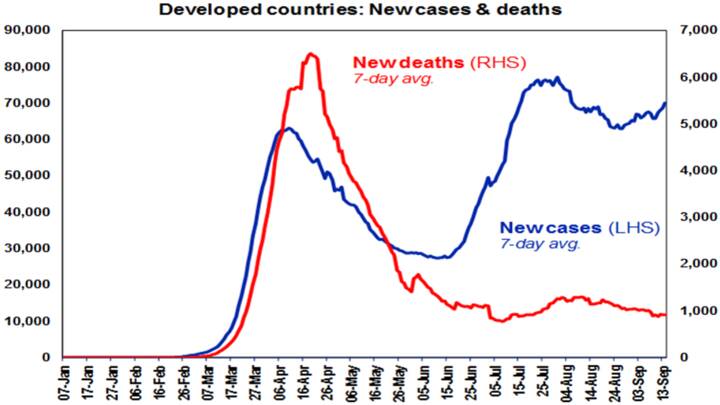 Even discounting these risks for a moment, seasonal weakness often extends into October and it’s not clear that markets are out of the woods yet. Shares will remain vulnerable to these and other short-term setbacks for some time to come, but the outlook over a 6 to 12-month period appears to be much more positive, with returns supported by a continued upturn in economic activity, ultra low interest rates and concerted government stimulus efforts. 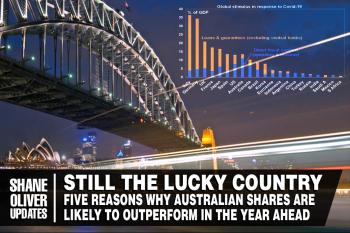 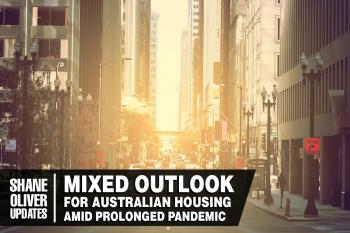 A relatively high rate of unemployment across the nation,... 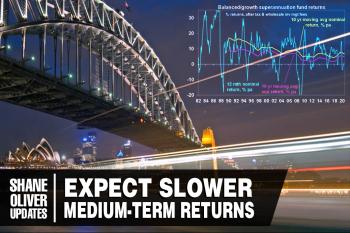 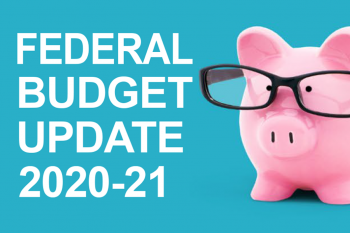 Originally scheduled for release on 12...